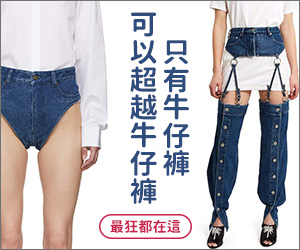 The New MacBook Pro by Apple Inc.MacBook Pro is loaded with powerful new features that make a great notebook even greater.New processors and graphics. Pull out all the stops.Top-of-the-line processors.The 15-inch MacBook Pro features the new 2.3GHz and 2.6GHz quad-core Intel Core i7 processors with 6MB of shared L3 cache and Turbo Boost speeds up to 3.6GHz. And you can configure it to be even faster. Choose the 2.7GHz quad-core Intel Core i7 with 8MB of cache and Turbo Boost speeds up to 3.7GHz. And go for the new 512GB third-generation SATA solid-state drive, which is up to 4x faster than a traditional hard drive. To increase storage, upgrade to a 1TB hard drive.The 13-inch model also speeds things up with either the 2.5GHz Intel Core i5 or the 2.9GHz Intel Core i7 — the fastest mobile dual-core processor available. With Turbo Boost speeds up to 3.6GHz, these processors bring more power to everything you do. The very latest graphics.The new integrated Intel HD Graphics 4000 processor boosts performance by up to 60 percent.1 That extra power gives you a smoother, more fluid experience than before. It's still highly efficient, too, so you get long battery life when you're out and about.For graphics-intensive applications, the 15-inch MacBook Pro automatically switches to the new NVIDIA GeForce GT 650M discrete processor with up to 1GB of video memory. It's also up to 60 percent faster than the previous generation,2 so you see more frames per second in 3D games and get greater speed and responsiveness for your HD video projects. The fastest, most versatile I/O in a notebook.Imagine accessing multiple streams of uncompressed HD video — from your MacBook Pro — at speeds that let you edit an HD feature film in real time. Thunderbolt technology allows you to connect the high-performance peripherals that make it possible. Ultrafast and ultraflexible, the Thunderbolt pipeline is up to 12 times faster than FireWire 800 and offers unprecedented expansion capabilities.FaceTime HD camera. Say "hi" in high def.Get more of your friends in on the fun with crisp, widescreen HD video. The picture is so clear, it will look and feel almost like you're in the same room. You can make 720p HD calls from your MacBook Pro to any Mac with a FaceTime HD camera. You can also make video calls to iPad, iPhone 4, iPhone 4S, iPod touch, and other Intel-based Mac computers.Multi-Touch trackpad.Be more hands-on.The Multi-Touch trackpad is the most natural way to interact with what's on your screen, and the smooth glass surface gives you plenty of room for gestures. Pinch to zoom in and out, swipe to flip through photos, rotate to adjust an image, and much more. The buttonless design lets you click anywhere. And if you're coming from a right-click world, you can right-click with two fingers or configure a right-click area on the trackpad. The more you use the Multi-Touch trackpad, the more you'll wonder how you ever did without it.A long-lasting battery. Charge less. Do more.MacBook Pro delivers amazing battery life. And that's with more powerful processors and faster graphics than ever. An energy-efficient processor architecture with an integrated video encoder, along with automatic graphics switching in the 15-inch model, helps improve battery life. So you can get up to 7 hours on a single charge.It's very well connected.MacBook Pro automatically finds available networks and allows you to join them with a click. And the latest three-stream 802.11n wireless technology gives you the best possible performance at the greatest range.5 Bluetooth wireless technology is also built in, so you can use your favorite wireless accessories right out of the box.Ports with possibility.With the Thunderbolt port, you can daisy-chain as many as six devices — including an Apple Thunderbolt Display and Mini DisplayPort peripherals — to create a full-fledged workstation. And with support for video and eight-channel audio, it's easy to connect HDMI-compatible devices — like your TV and home stereo — using an HDMI adapter (sold separately). Current VGA, DVI, and DisplayPort adapters are also supported.Two new USB 3 ports let you access a pipeline that's up to 10 times faster than USB 2. And your USB 2 devices can still plug right in. If you have devices that use FireWire 800, there's a port for that, too. And an SDXC card slot that supports up to 64GB cards makes it a snap to transfer all those photos to and from your MacBook Pro, so you can edit and share them on the spot.Burn DVDs superfast.Use the 8x SuperDrive on MacBook Pro to burn DVDs in no time. Since the SuperDrive writes to double-layer discs (DVDs with nearly 9GB of space), it's great for backing up data, too.Homepage:http://www.apple.com/macbook-pro/ ...展開內文
此影片是網友以即時上載檔案/內容的方式分享，並非本網站立場，卡卡洛普對所有上載之檔案和內容不負任何法律責任。