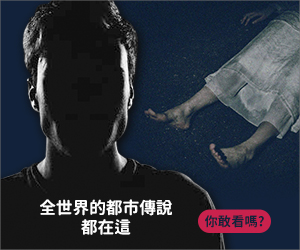 SCRAZY Squirrel Threesome!! (in HD)quirrels getting their nuts...Subscribe! http://bit.ly/SubTobuscusAmazing footage captured on camera of 3 cute squirrels having a threesome. Aaaww. Cute. Adorable even. Funniest home videoshttp://www.tobyturner.comSquirrels belong to a large family of small or medium-sized rodents called the Sciuridae. The family includes tree squirrels, ground squirrels, chipmunks, marmots (including woodchucks), flying squirrels, and prairie dogs. Squirrels are indigenous to the Americas, Eurasia, and Africa and have been introduced to Australia. Squirrels are first attested in the Eocene, about forty million years ago, and are most closely related to the mountain beaver and to dormice among living species.The word squirrel, first attested in 1327, comes via Anglo-Norman esquirel from the Old French escurel, the reflex of a Latin word sciurus which was itself borrowed from Greek.[1] The word itself comes from the Greek word σκιουρος, skiouros, which means shadow-tailed, referring to the bushy appendage possessed by many of its members.[2]The native Old English word, 'ācweorna', survived only into Middle English (as aquerna) before being replaced.[1] The Old English word is of Common Germanic origin, with cognates such as German Eichhorn/Eichhörnchen and Norwegian ekorn.Squirrels are generally small animals, ranging in size from the African pygmy squirrel, at 7--10 cm (2.8--3.9 in) in length, and just 10 g (0.35 oz) in weight, to the Alpine marmot, which is 53--73 cm (21--29 in) long, and weighs from 5 to 8 kg (11 to 18 lb). Squirrels typically have slender bodies with bushy tails and large eyes. Their fur is generally soft and silky, although much thicker in some species than others. The color of squirrels is highly variable between -- and often even within -- species. ...展開內文
此影片是網友以即時上載檔案/內容的方式分享，並非本網站立場，卡卡洛普對所有上載之檔案和內容不負任何法律責任。