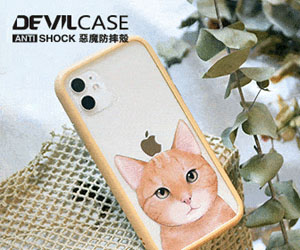 First Song- Chorus from Homecoming by Kanye West ft. Chris Martin.Second song- Kanye West Home.Sorry for the quality; the video was too big.Watch the 45 year old go to work on young kids ranging from around 4'8 to 6'8. Stay tuned for a couple of dunks at the end of the video. Keep in mind Michael doesn't play basketball that much anymore because he is busy most of the time. If you would like to use this video or parts of this video please ask for permission.-----------------------Notes and extra questions:Mark Jackson was in attendance and said that Michael Jordan is the best player of all time and that Kobe was the best player since Michael but not better.Michael Jordan was asked who he thought was the best player in the NBA today and he said it was Kobe Bryant.Michael Jordan was asked who was the best shooter in the NBA and Jordan said it was Ray Allen.Jordan said he likes to watch Dwight Howard play, however he said that Howard isn't the best Center of the league and that he needs to develop more offensive moves than just dunking.Jordan said if he were to pick starters for the US team it would be Chris Paul, Kobe Bryant, Lebron James, Kevin Garnett, and Tim Duncan. He said if he couldn't take Tim Duncan he would take Shaq. Jordan said his toughest defender when he played was Joe Dumars.Jordan said his favorite team to play for was the North Carolina Tar Heels.Jordan said his most memorable moment was the 1984 Olympics.Jordan molded his game after David Thompson.Jordan to this day denies that he gave Bryon Russell a push saying that the refs didn't call anything therefore it wasn't a push.Jordan's favorite game to play in was game 5 of the 1997 NBA Finals. http://www.youtube.com/watch?v=OLQl7UJOYUsWhen MJ was asked what he did to be able to jump so high, he said "nothing really I mean I rode bike that's about it."MJ said his most favorite players to watch were KG, CP3, KB, and LBJ, he said he had more but he couldn't think of anymore at the time. He said he LOVED Chris Paul.Jordan was asked if he can change one thing about his career what would he change. After a long pause Jordan replied that he would try to work more on his free throws he said he shot 83% for his career and he felt he was a better shooter than that.The kid at the 3:56-4:27 mark is Kyle Massey from Cory in the House and That's so Raven. ...展開內文
此影片是網友以即時上載檔案/內容的方式分享，並非本網站立場，卡卡洛普對所有上載之檔案和內容不負任何法律責任。